The former german Federal Minister of Economy Sigmar Gabriel visited DFKI on August 22, 2018. He wants to assess whether Germany is “fit for the future” and travels to research institutions all over the country. At DFKI he was introduced to some projects, among others ELEMENT and the spin-off ki-elements with its application Δelta (“Delta”). Δelta is supports clinicians with the diagnosis of cognitive impairment. 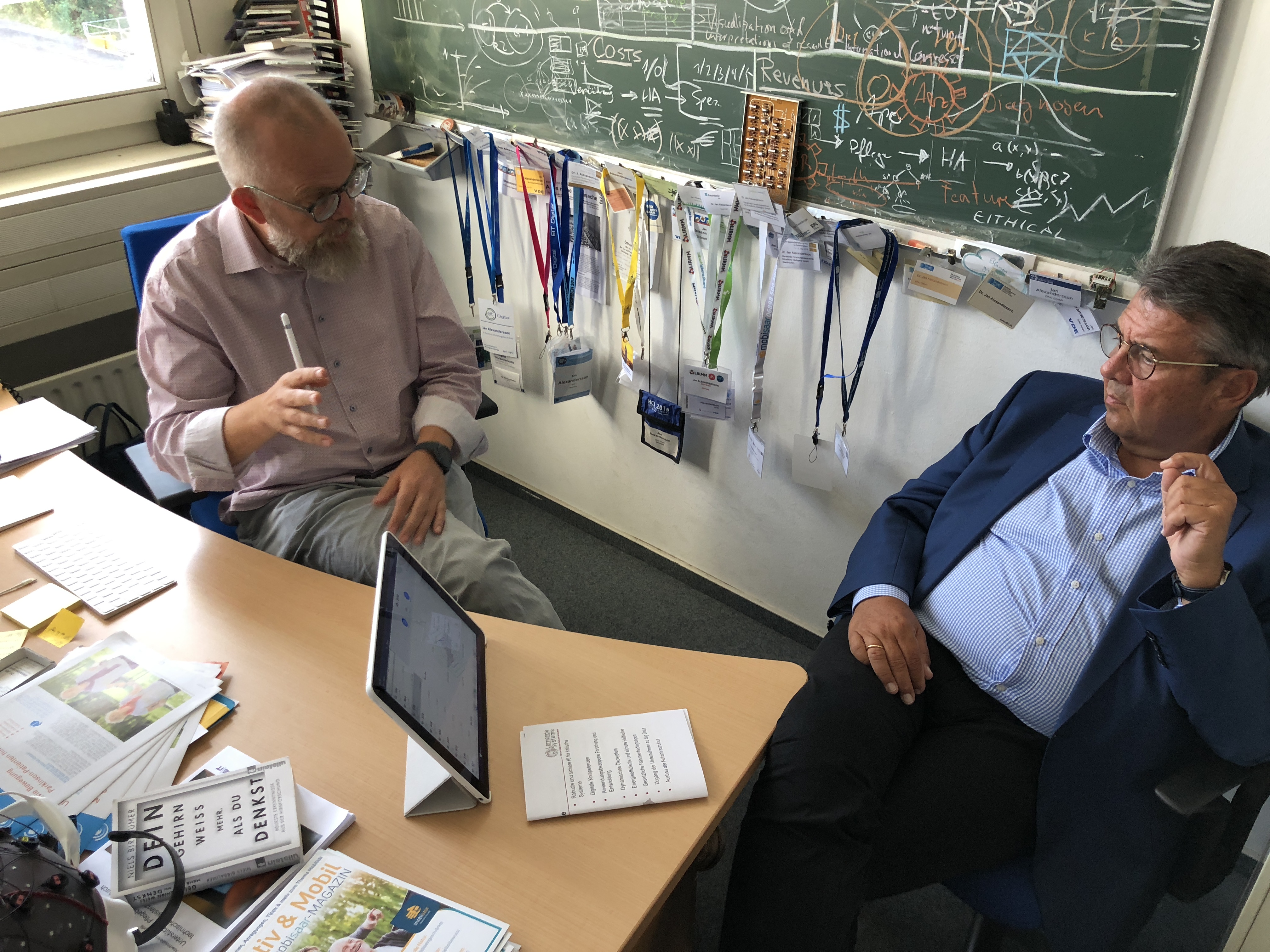 Sigmar Gabriel was impressed and spoke about an “interesting visit in a cheerful atmosphere” afterwards. Eventually he participated in a discussion about the future role of artificial intelligence with Prof. Dr. Wolfgang Wahlster and Prof. Dr. August-Wilhelm Scheer.